Hi, I'm Hannah and I'm passionate about delivering quality training for you and your horse. I've been coaching for 18 years and I love what I do. I am a freelance instructor, not attached to any particular yard, so I come to you.

I work Monday-Friday, generally leaving the weekends free for competing, clinics or other events. From time to time I can cater for weekend lessons but this is on an exceptional basis. During the week I'm available all day, even up to 9pm or sometimes beyond, so I'll do my very best to fit you in and suit your schedule.

I have freelance instructor insurance provided by KBIS and I am a UKCC Level 2 accredited coach. I am police checked and undertake refresher courses for the safeguarding of children and vulnerable adults. I am first aid trained and attend periodic refresher courses, so you can be confident that I am suitably qualified to provide coaching to you or your child.

I work with riders of varied abilities and ages, from novice to advanced and have been involved in breaking, producing, coaching and competing throughout my career. So even if all you require is a little advice or a second opinion, don't hesitate to give me a call.

Visit the Services page for more details about how I can help. I look forward to meeting you! 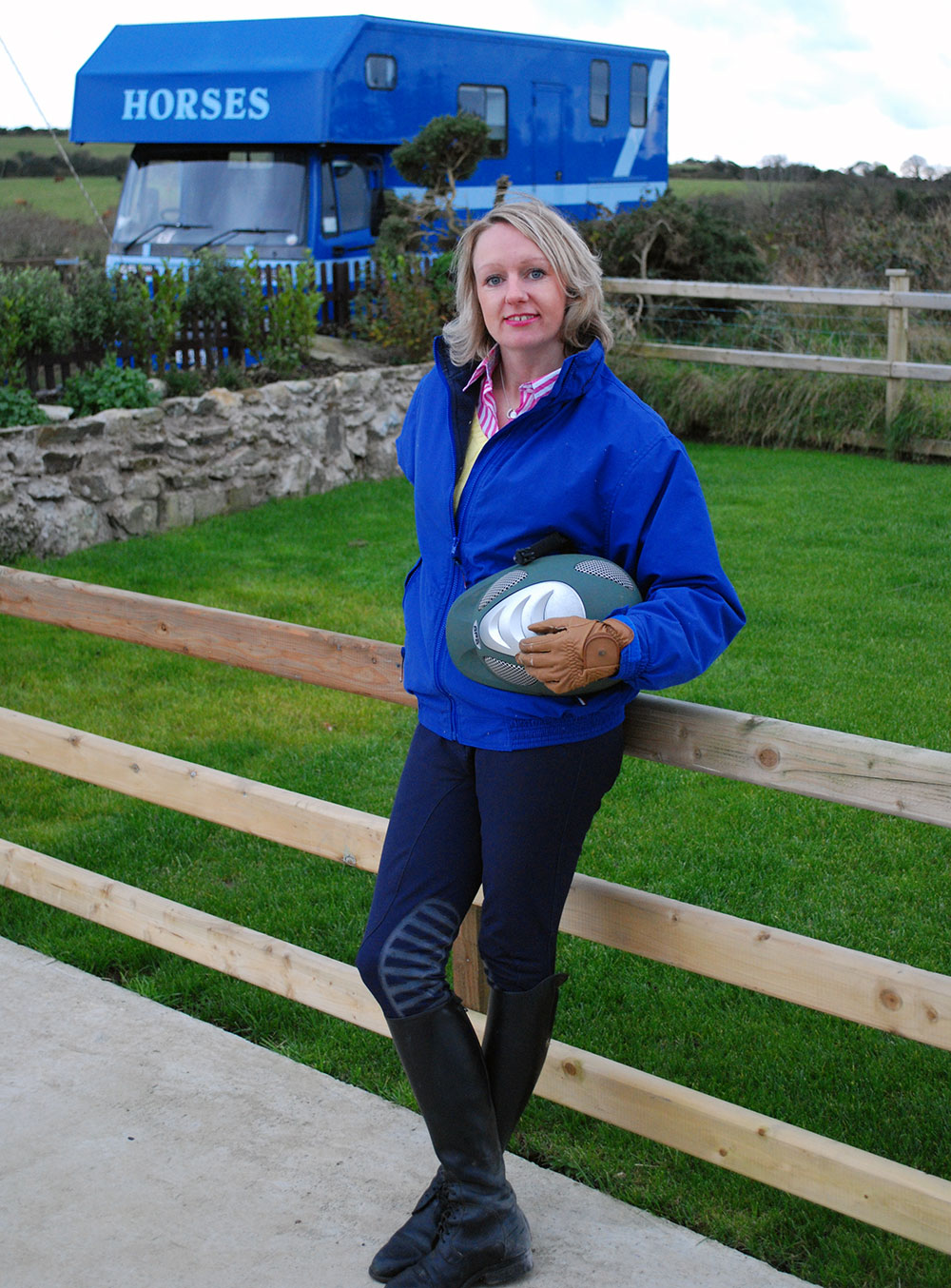 A little bit of history

In the beginning...
It all started with my mum. She worked at a riding school from an early age and enjoyed competing their horses in local events. So she was the one who passed down the riding gene to all of us.

My sisters Rebecca and Carolyn were successful across all disciplines, both locally and in the UK. In 1983 Rebecca came 3rd in a newcomers second round at Hilton Park and qualified for the final at Stocklands - the equivalent of today's Horse of the Year Show - but unfortunately she couldn't go because mum was expecting me at the time!

During the same period Carolyn was 3rd Reserve Supreme at the Isle of Man Southern Agricultural Show on Amber Valley.

Both Rebecca and Carolyn won the IoM Examiner Horse of the Year trophy, as well as many other showjumping and one-day events throughout the 80's and 90's. My brother Patrick rode successfully for a few years before deciding mountain bikes and football were much more interesting!

Rebecca and Carolyn moved onto horses breaking and producing Cool Million ("Bradley") and Queens Consul ("Lloyd"), competing locally with Carolyn going on to compete Lloyd in the UK and qualifying for the Winter League Final at Stoneleigh.

I was inspired by mum and my siblings whilst pretending to be the next champion on my hobby horse (that I still have) - riding was in my veins. 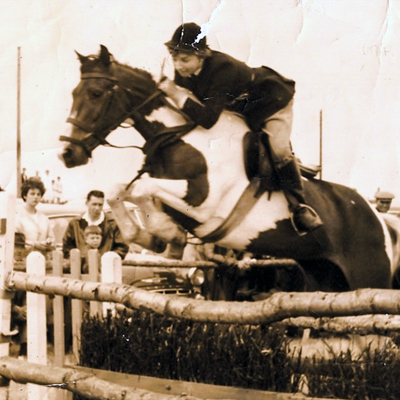 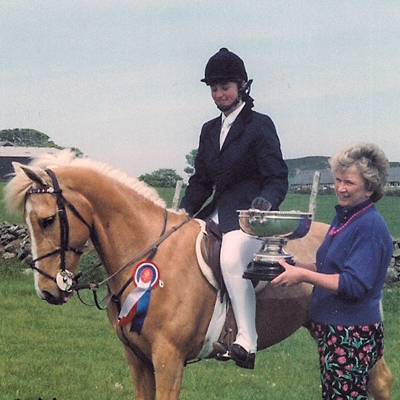 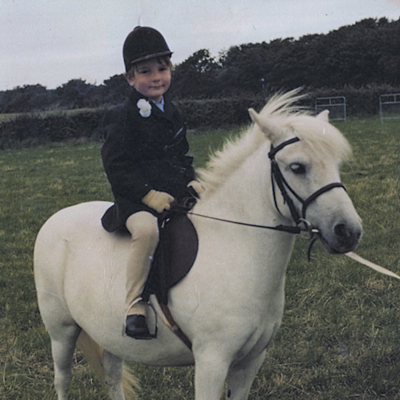 Sacrifices
Horses are a big commitment, it doesn’t matter if you are tired, unwell or the weather is cold, your horses need looking after morning, noon and night!

This meant evenings and weekends were spent riding or competing, or occasionally bunking off school to bath the pony for the show the next day!

I suppose it would be fair to say that I didn’t experience as many summer holiday’s to sunny locations as many other children did – and probably still don’t – but when you compete you have the expense of running a lorry, travel off island, unexpected overnight stays due to weather, feed, bedding and all of your tack, so you can easily run up hefty expenses.

If you want to succeed in show jumping, as with any other sport, then you have to be committed and make a few sacrifices along the way to get to where you want to be.

Favourites
In my junior days ‘Lucky Strider’, who we purchased for just £750 and was 16 at the time, I remember fondly as she paved the way for me to progress up through the showjumping grades.

With regard to horse’s, I’ve been lucky enough to ride and compete some outstanding animals. Competing ‘Proto’ and ‘Juror’ for Mrs. Osborne’s Conrhenny stud hold great memories but it’s my own "Wonderhorse" ‘Monty’s Star’ who I own and compete, which has to be my horse of a lifetime. I have owned him for 18 years and competed all over the UK, at various major championships alongside International and Olympic riders.

I thought these were competitions I could only ever dream of participating in, but Monty enabled me to get there. He can be a difficult horse to ride and certainly wouldn’t be everyone’s cup of tea but we just ‘click’. He always makes me and everyone else smile whenever I ride him, with his eager antics.

Party tricks
When Monty "bubs" (technical term for chatting) for treats and I don’t give him any, he bends down to try and unzip my pockets to check!

Funniest moment
There have been so many, it’s difficult to recall them... but I remember when I was in the UK and just about to enter the main arena at a county show. The bell went and I started my round by clearing the first jump, then the commentator announced over the tannoy

“Could you please stop, there is a dog in the arena, oh, there are two now. Could the owner please come down to the arena immediately and collect them.”

To my horror I realised they were my own, and they had followed me down from the lorry to the arena.

At that point my mother, who no doubt was unimpressed that someone was stupid enough to leave two dogs to roam free in the arena, sheepishly entered the arena to claim ‘Tweed’ and ‘Wembley’.

Injuries
Overall I have been quite lucky. I’ve had lots of bumps and bruises but thankfully only ever broken my nose and the worst one, my collar bone.

It happened when I was 11, I was at a competition in the UK when my pony slipped on take-off over a fence, and as she fell I came off, out the side door, and landed on my shoulder. That resulted in an ambulance trip to the hospital, where I was advised to take 12 weeks out.

All I’ll say is that I spent some time mastering the art of riding one handed in a sling. Naturally I would not recommend this in today's day and age - follow your doctor's orders to the letter!

Childhood hero
My favourite was John Whitaker – he still is – he came from a humble farming background but his pure talent and ability to get the best out of his horse was admirable, he is still world class at the age of 62.

I remember watching him riding ‘Milton’ back in the days when the BBC covered show jumping (and he was plastered all over my bedroom wall - the original pin-up!). He was pure white, and the first to win £1m in prize money.

Teaching
From a very early age I knew what that wanted to teach and work with horses. So now with H.G. Equestrian, I enjoy coaching people of all ages and standards, whether it’s just for fun or to help achieve a specific goal. I also have the opportunity to ride and train various different horses which keeps me on my toes. 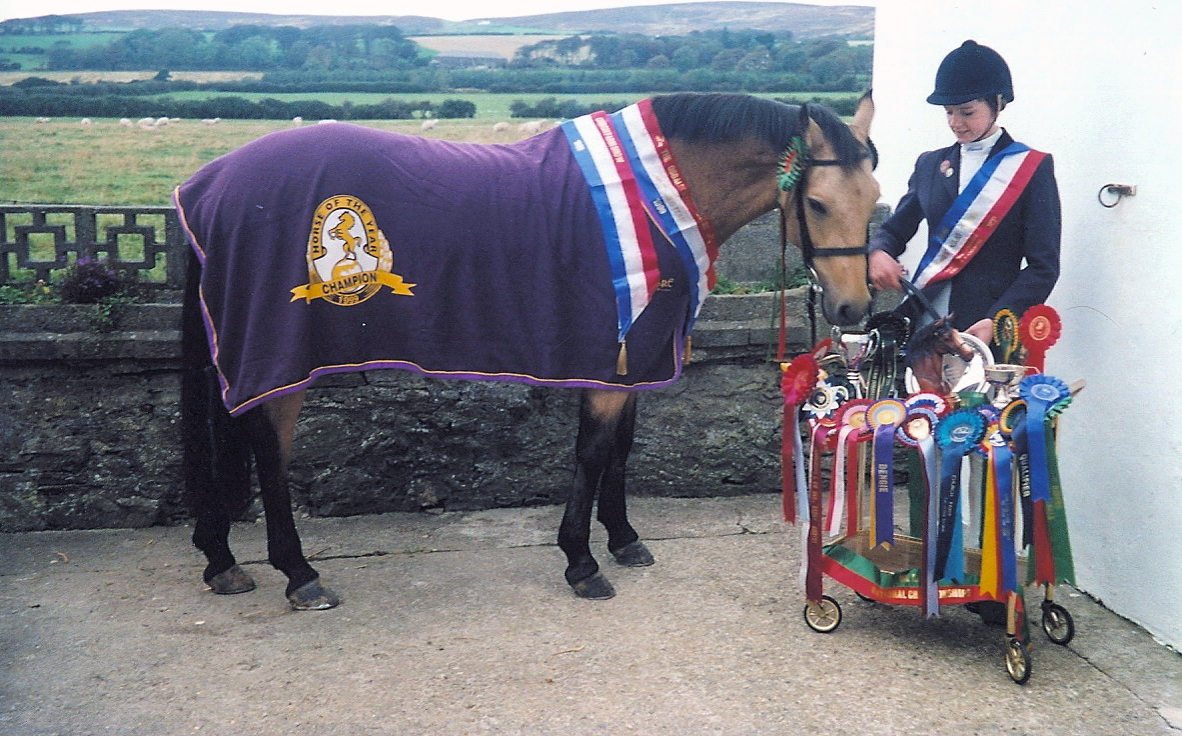 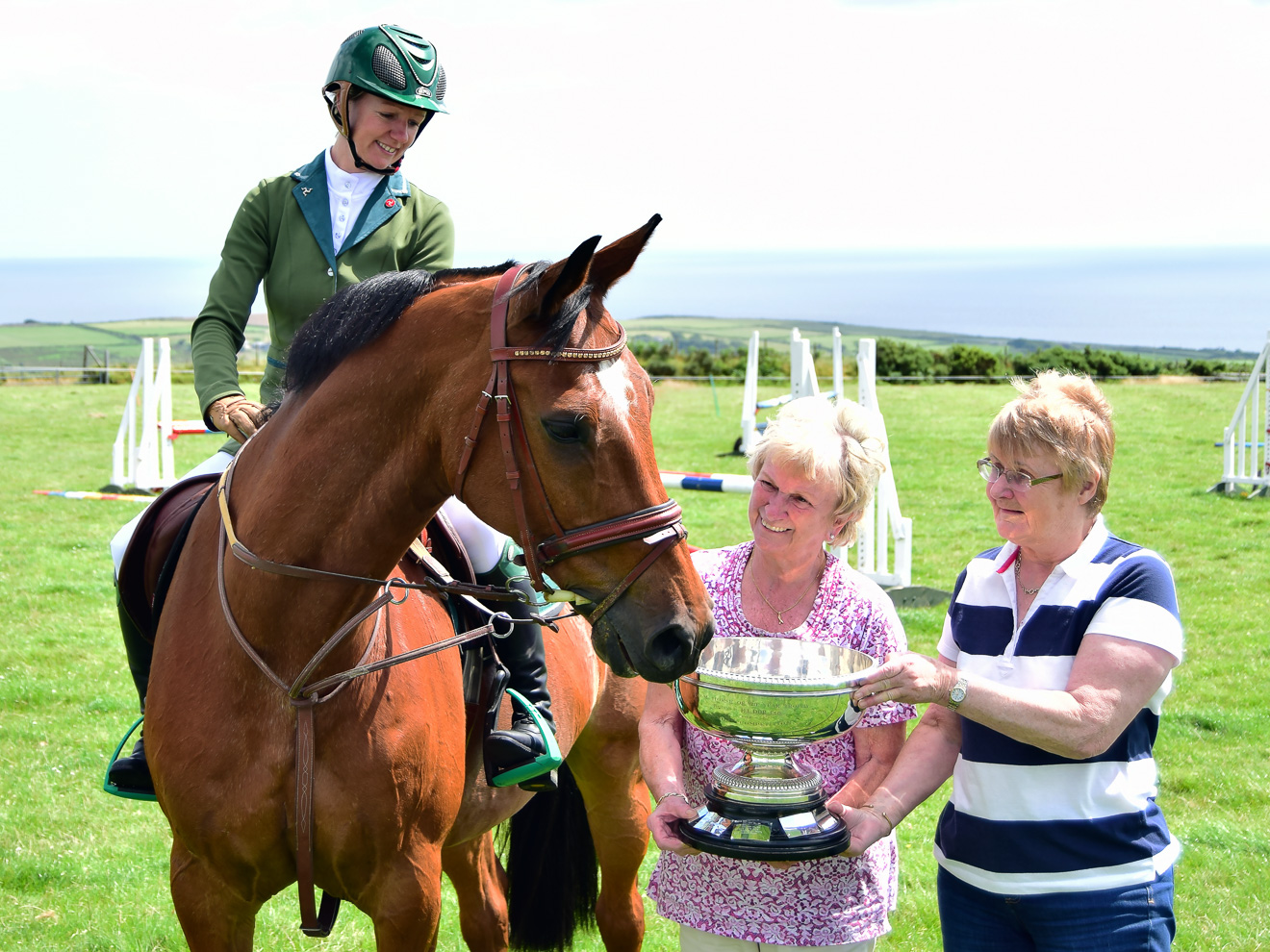