The 17 year old Onchan girl set out earlier this summer with the aim of qualifying for two major finals.

She achieved that target and made her mark against some of the top riders in the UK.

The first competition, the Scope Promotions Final was staged at Stafford County showground over six days in August. Hannah gained a hard earned 11th place out of 154 riders, many of them international standard.

Unfortunately Monty injured his leg in the stable overnight and although pronounced fit to jump after treatment, it affected his performance. He had a fence down in the two classes he took part in later that week.

Monty was back in form when Hannah moved on to the festival of showjumping at Arena UK in Lincolnshire. They teamed up to clinch a 3rd and 10th place, again competing against top class riders.

It was the first time Hannah had qualified to compete at the festival and she loved every minute of her time there.

She is aiming to compete in young rider classes next year in the hope of being invited onto the British teams and to try and qualify for the Horse of the Year Show at Wembley, which she narrowly missed this year.

Hannah’s final competition was the Riding Club Classics at Blackburn, although the Isle of Man riding clubs were unable to send a team because of foot and mouth restrictions.

She was invited to represent Osbaldeston Equestrian Centre and two copybook clear rounds on Keltic Star helped her team into fifth place.

Hannah would like to thank the Manx Sports Aid Foundation and the Isle of Man Steam Packet Company for their assistance, Ballaseyr Stables for their generous support and Eamon and his team at DAFF for allowing the horses to come home for a well-earned rest. 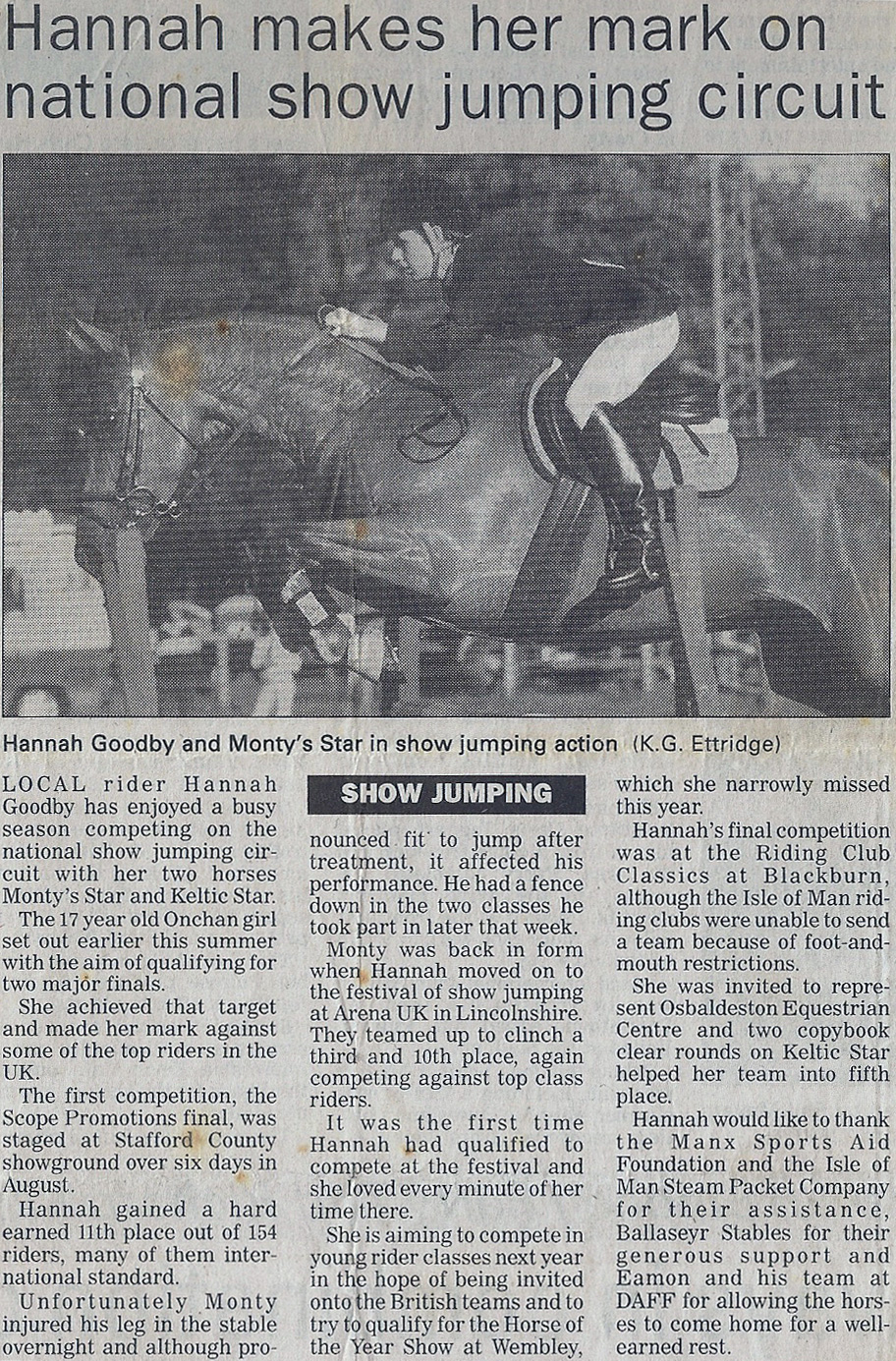