The 1997 Examiner Horse of the Year Trophy has been won for the second year running by Lucky Strider, owned by Mrs Goodby and ridden by her daughter Hannah.

The trophy is for the horse or pony gaining the most points at affiliated shows held throughout the year and Hannah's victory was well deserved.

Her success makes it six times in all that the Goodby family has taken the award, having won it three times with Royal Mahogany and once with Strike a Light.

The trophy was presented by Gywn Davies our popular recently retired veterinary surgeon who recalled attending Conrhenny with his own children when they were Hannah's age some 20 years ago. 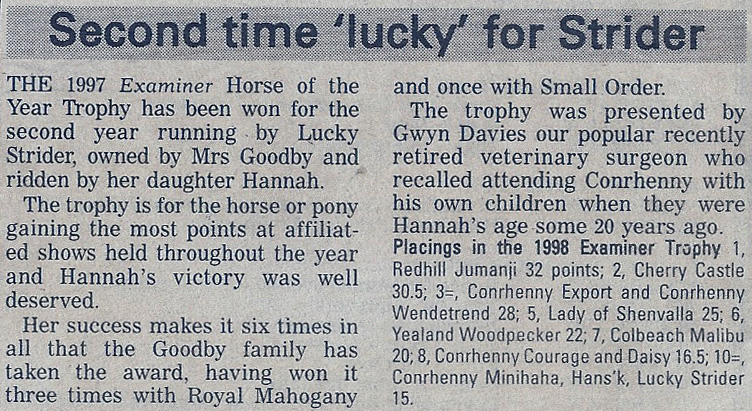