St Ninian’s high school student Hannah Goodby and her pony Ballyorney Dolly Dun (Sparrow for short) have just completed a very successful season of UK competition in what was Hannah’s final year as a junior.

Stabling Sparrow at Osbaldeston Riding Centre in Blackburn, Hannah and her parents made this their base from where they were able to travel to major events such as the North of England Pony Show; the prestigious Royal Lancashire and the Scottish Horse Show, gaining a brace of sixths and a fourth in top company in the working hunter pony section.

At the Trawden & Coine annual show Hannah took the honours in the 148cms class, while the junior open show jumping Denbigh & Flintshire saw the 15 year old Manx girl jumping in the British Novice regional final where she just missed out on qualifying for the Festival of Showjumping.

Next stop was Charity Farm at Parbold for the West Lancs Pony Club novice horse trials, and here Hannah represented the Isle of Man Pony Club when placed fourth on her dressage score.

Thorpe Grange in Lincolnshire was the venue for the UK Riders National championships, where Sparrow won the working hunter pony title.

The highlight of the season for Hannah and her family was the Horse of Year Show at Wembley where she took part in the Hoof & Woof Challenge, jumping a round of fences on the pony and then taking her dog round a course of smaller fences. The fastest combined time wins, and Hannah, Sparrow and her dog Tweed were second in the class, winning a trophy and the much sought after Wembley rug.

It was Hannah’s third appearance at Wembley, but she says it was still a wonderful experience. 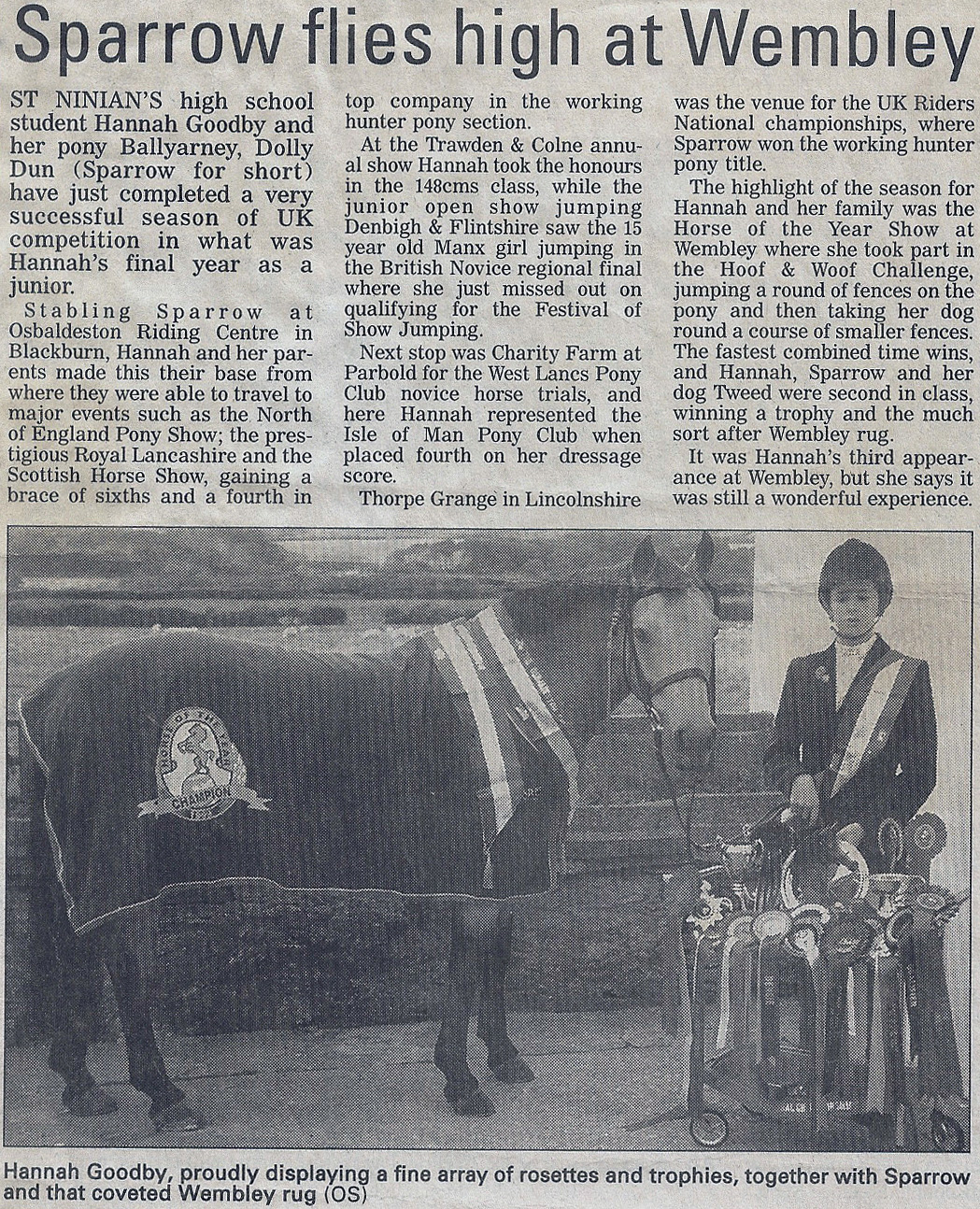