Monty and Hannah are real stars at Solihull

Hannah Goodby recently had a very successful trip to the National Blue Chip Championships at Solihull in the West Midlands.

Along with her parents, Hannah travelled to Blackburn first to gain some vital show jumping practise and also to see her sister Carolyn.

In the open warm-up class Hannah was thrilled to be competing along-side international and Olympic riders Nick Skelton and Graham Fletcher, and was even more pleased to be in the final line-up being placed 12th.

Out of over 80 starters her best results had to be the Blue Chip power championship where she gained seventh after two super rounds with the fences standing at 1.20m.

Hannah is now concentrating on her GCSEs and later this year, will make another trip to England to represent the Isle of Man Pony Club at the area show jumping finals in July, and also the British novice regionals to try and qualify for the festival of show jumping in September. 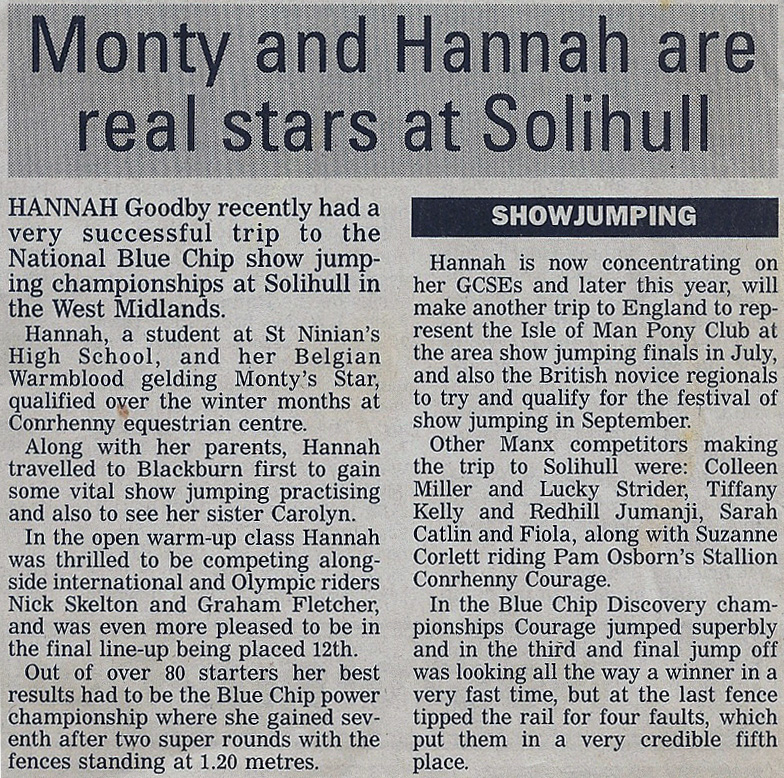