An Onchan 12 year old is taking part in the Horse of the Year Show at Wembley this week.

The Park Road School Student and her 13.2 hands high pony Lucky Strider, which she has owned for a year, will compete against 15 teenagers from all over Britain. She qualified for the final in Crewe.

Hannah who has been riding since the age of two said: "Travelling from the Isle of Man will mean a long journey but it'll be worth it. Competing at Wembley is something I've always dreamed about." 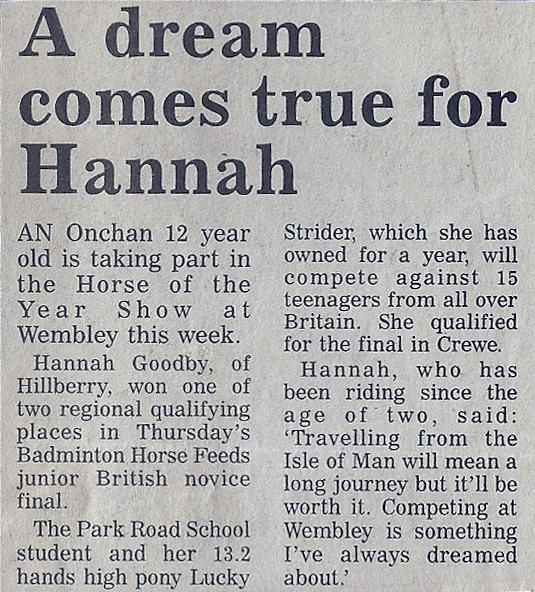 Adrian Christian of Wessex Garage, Douglas, picture with Hannah Goodby and her pony Lucky Strider, after her recent successful trip to the Horse of the Year Show at Wembley.

Hannah competed in the Badminton Horse Feeds junior British novice final and finished a very creditable sixth. She was the first Manx junior show jumper to compete at the show for over 30 years.

Wessex Garage and Total Oil sponsored Hannah, and she would like to thank them very much, and to say thank you to everyone who helped her with sponsorship and messages of support. 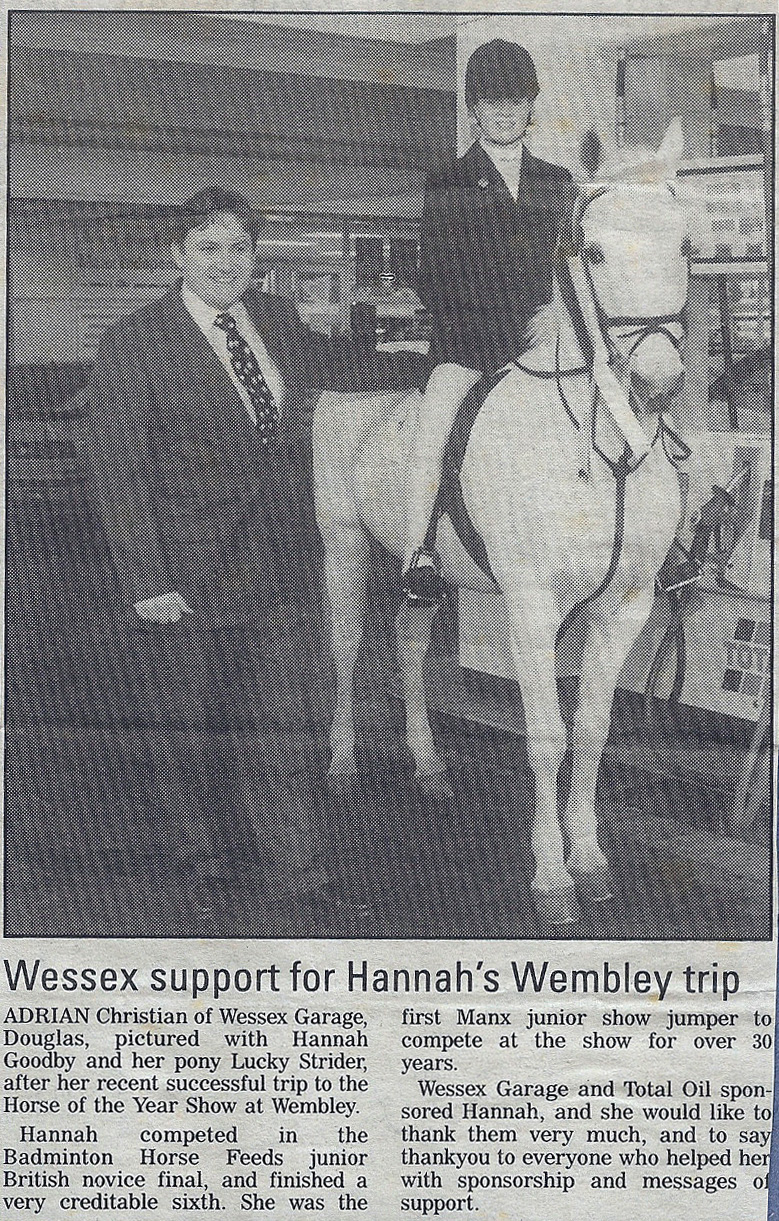