Hannah Goodby and Georgina Williams claimed their tickets to the Junior British Novice at Wembley in a hotly-contested regional final at Crewe, Cheshire.

Their lead was short-lived however, as Hannah Goodby and Lucky Strider produced a corner-cutting round to gain a convincing win.

Twelve-year-old Hannah, who lives on the Isle of Man, spent the previous two weeks travelling the northern circuit to gain more experience.

"I find the tracks very different over here. They are a lot bigger and wider," said Hannah.

Georgina Williams will also be making her Wembley debut and her five-year-old Sharp Shooter was contesting his first three-round competition.

"I knew that he isn't fast, but he is careful, so I tried to cut the corners where I could," said Georgina, a member of the Wynstay branch of the Pony Club. 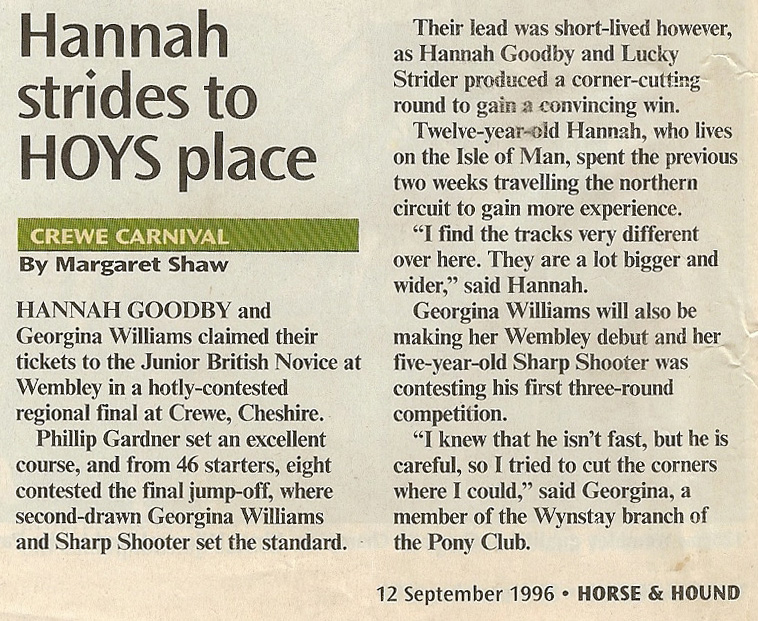 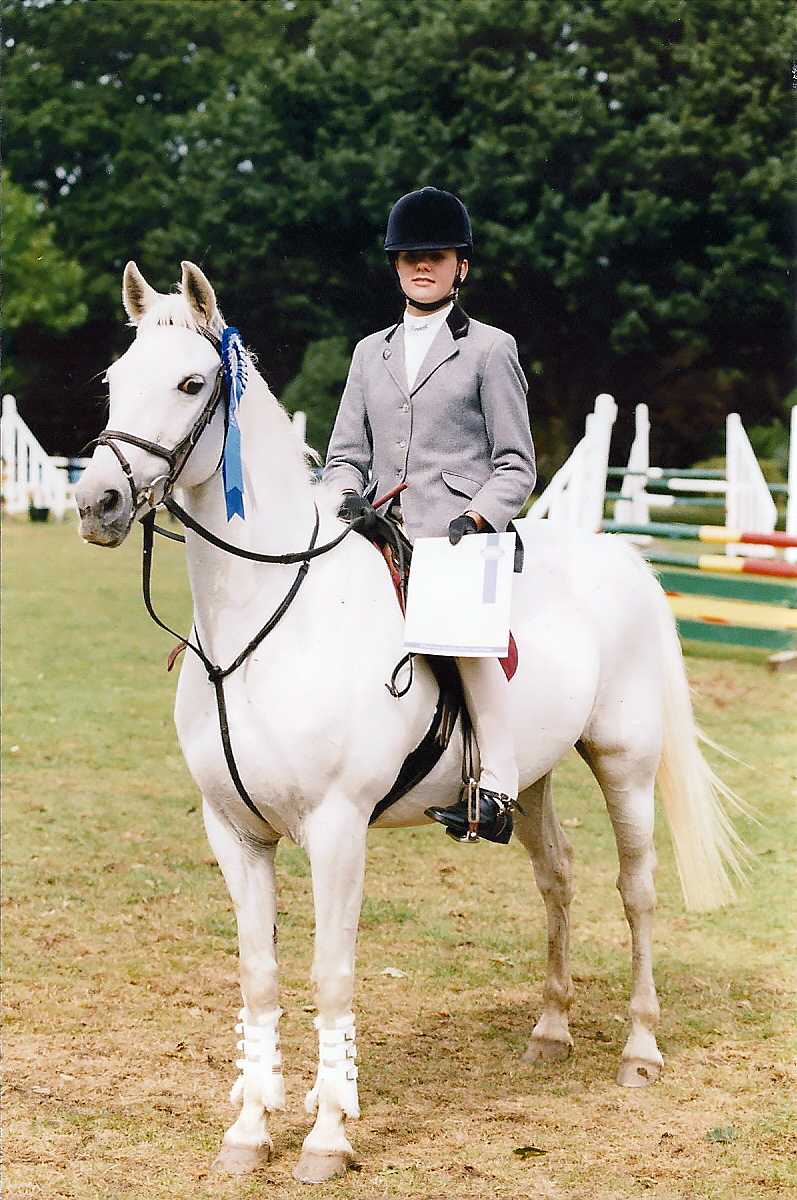 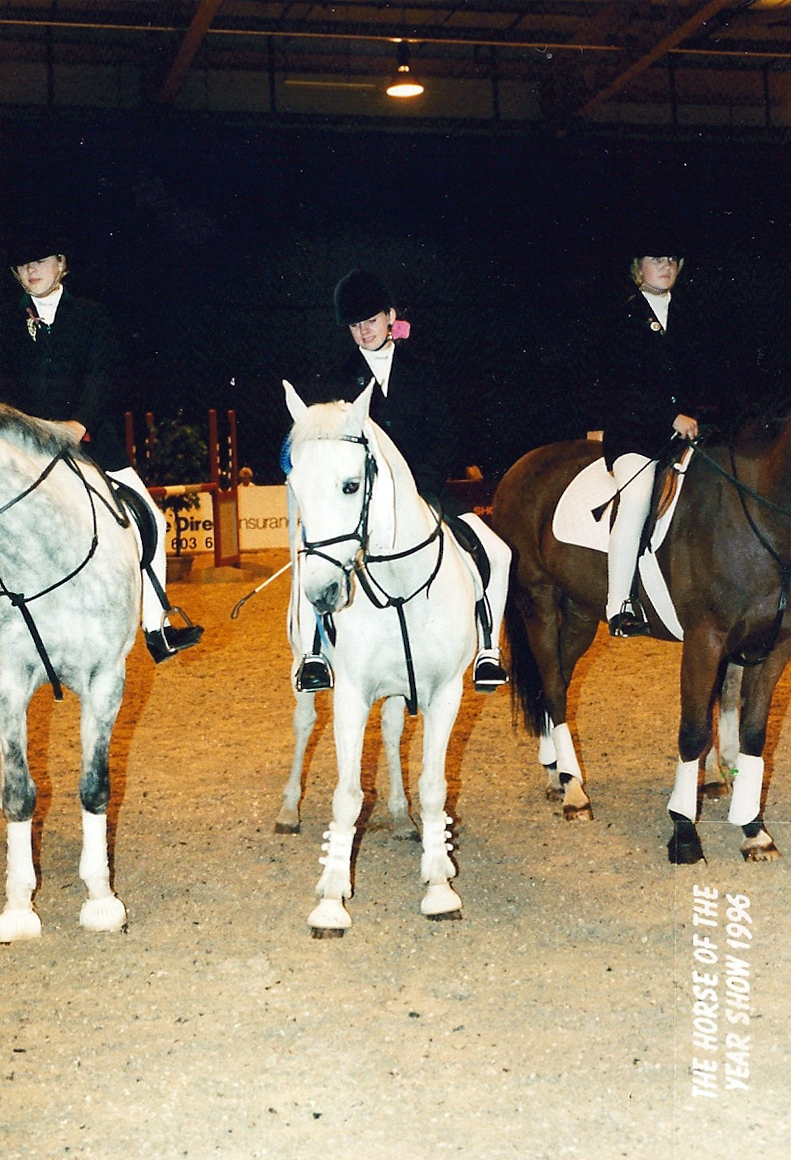