Sports Aid recipient Hannah Goodby and her horse Montys Star recently returned to the Island having successfully competed at the National Scope Festival of Showjumping.

Held at Stafford county showground in the West Midlands with nearly 2,000 competitors, it is the biggest showjumping event in Europe.

This year Hannah used the Royal Manx Show as a warm-up prior to travelling to England, and winning the Manx open class in front of her home crowd was particularly pleasing.

The Talk of the North arena in Rochdale was her first venue, where she gained a fourth before winning a 1.20m open event against international riders.

One of the highlights for Hannah was qualifying and finishing in 10th spot in the pro-am pairs relay. This was the main entertainment on Friday night in the flower-decked main arena in front of a packed audience.

Hannah wishes to thank the Manx Sports Aid Foundation and Isle of Man Steam Packet for its continued support. 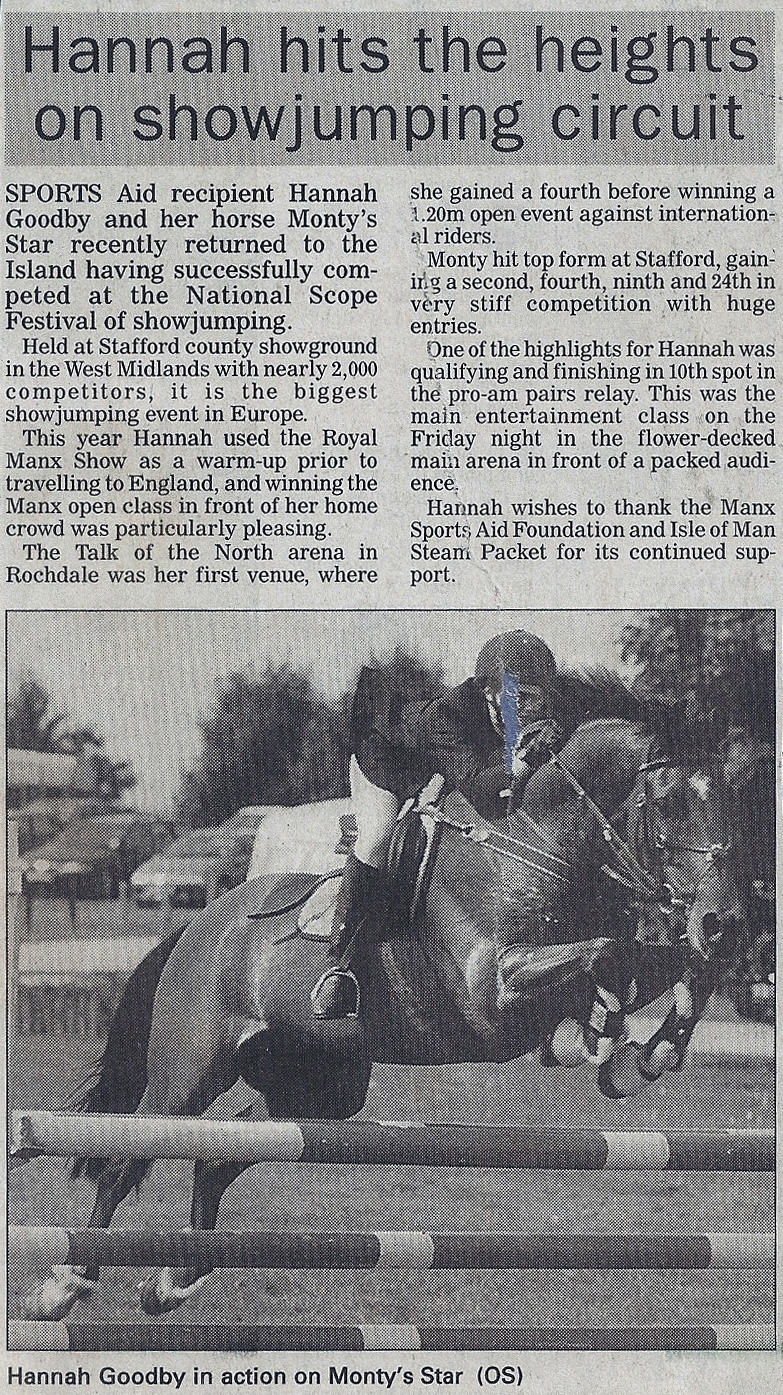